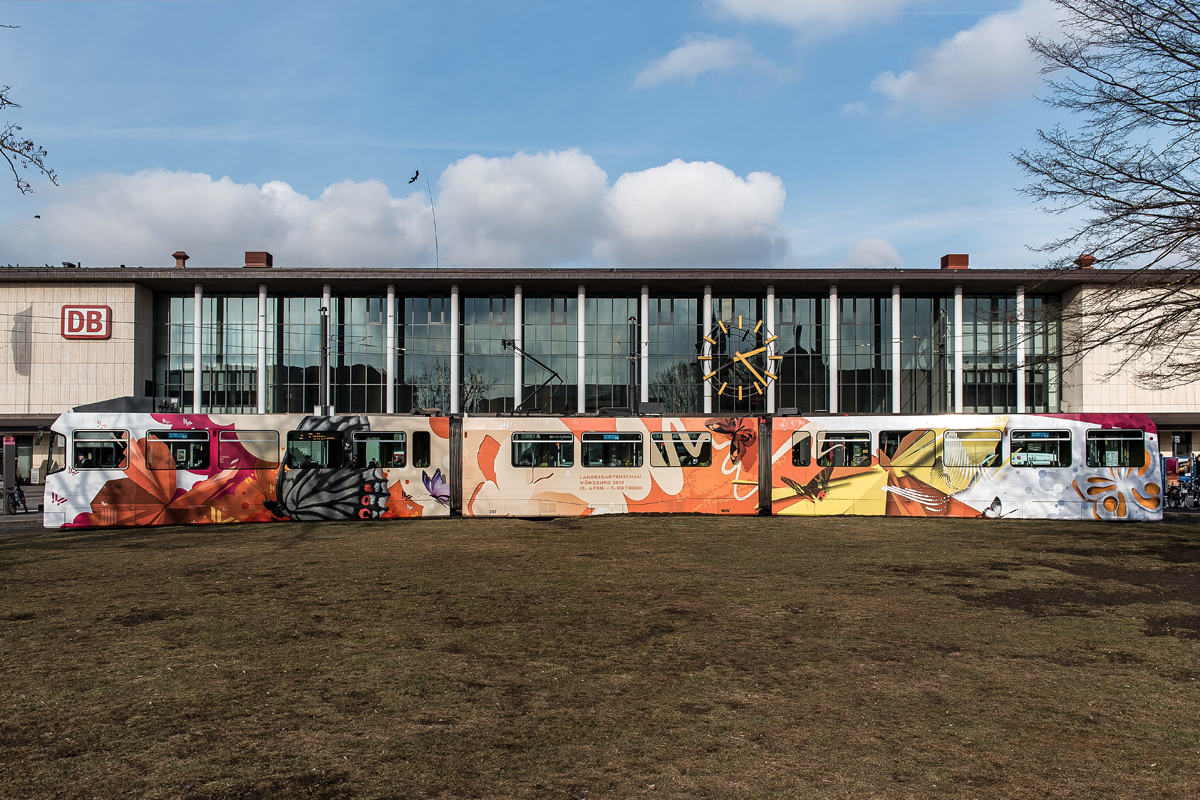 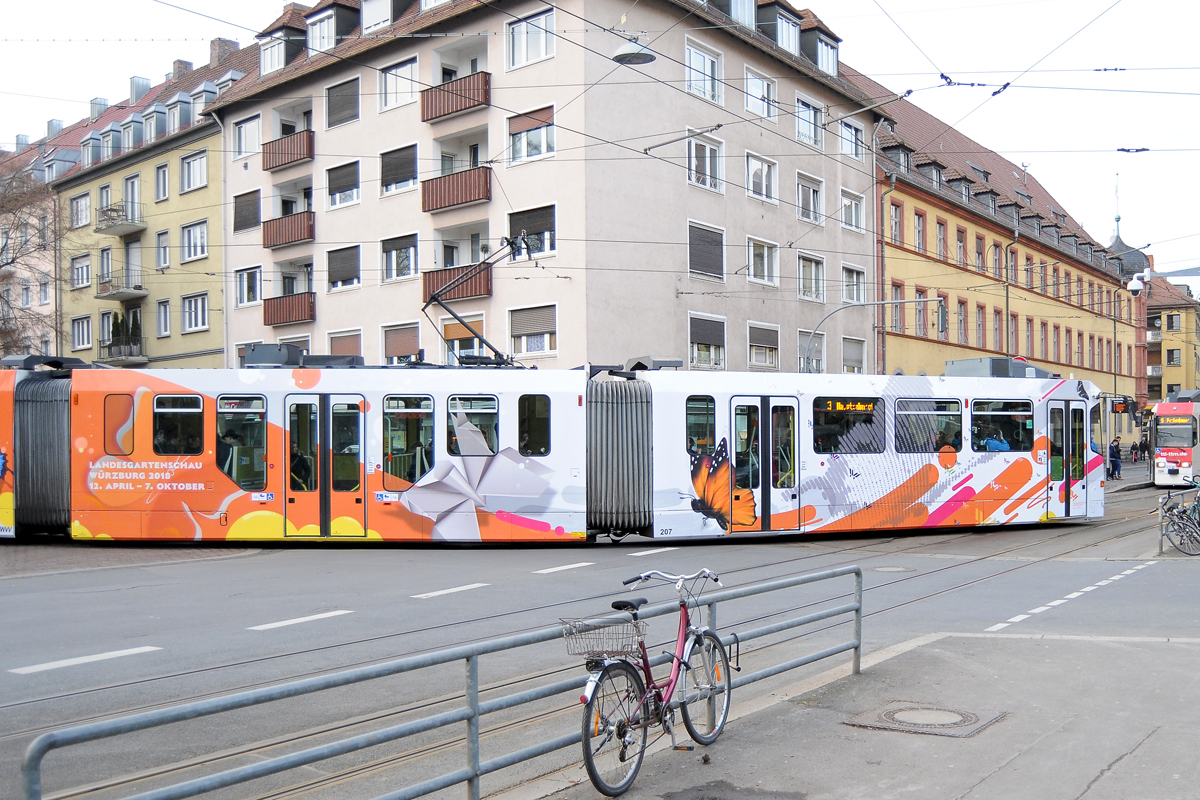 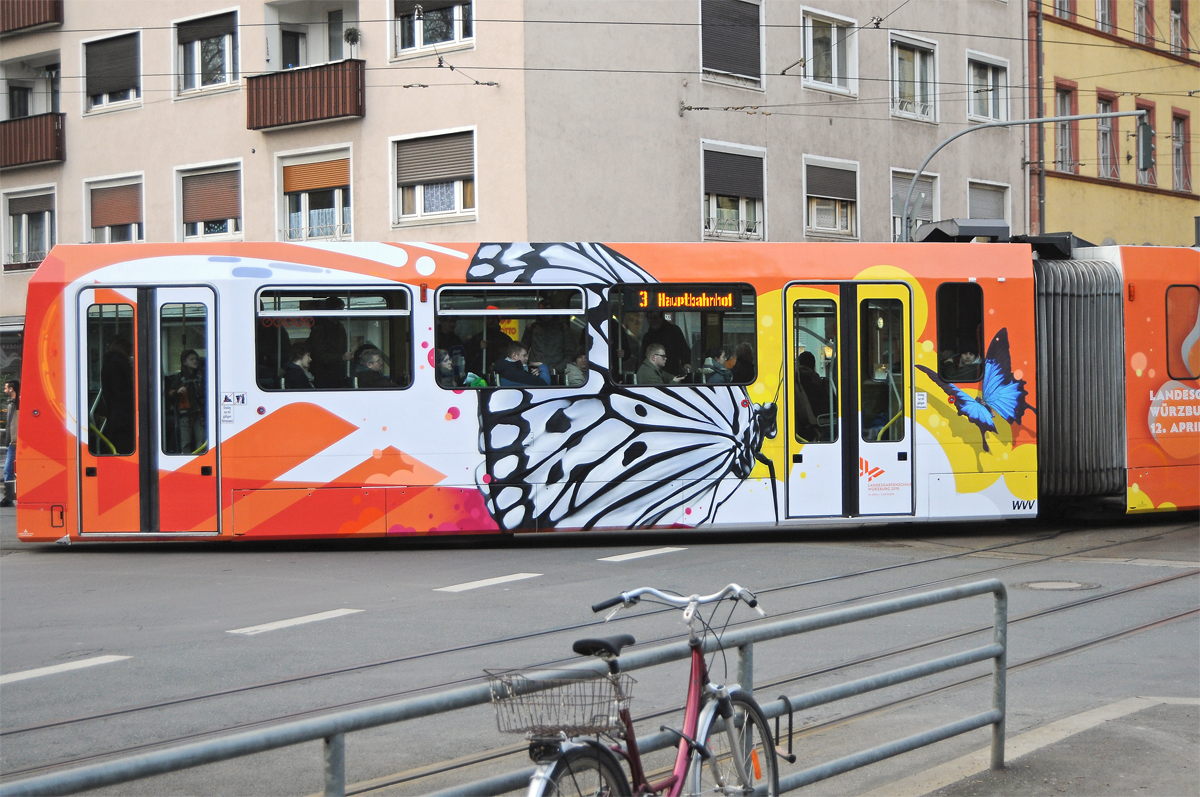 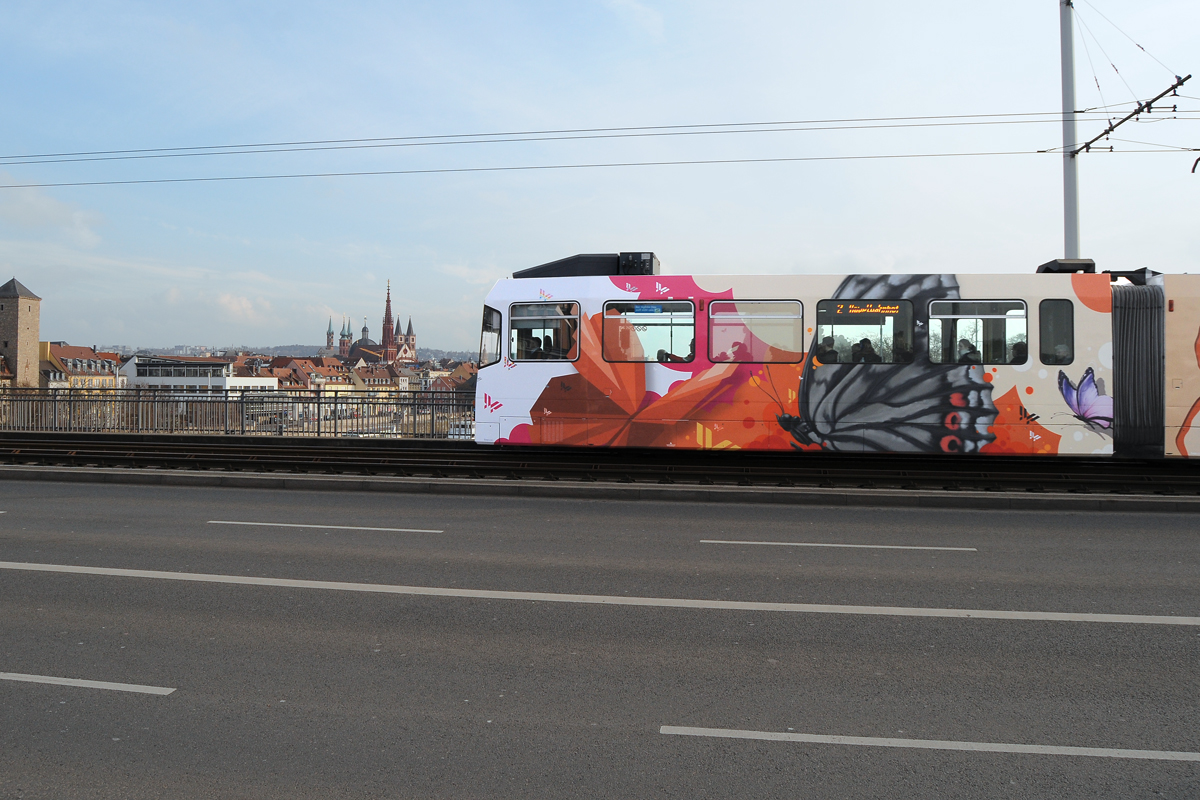 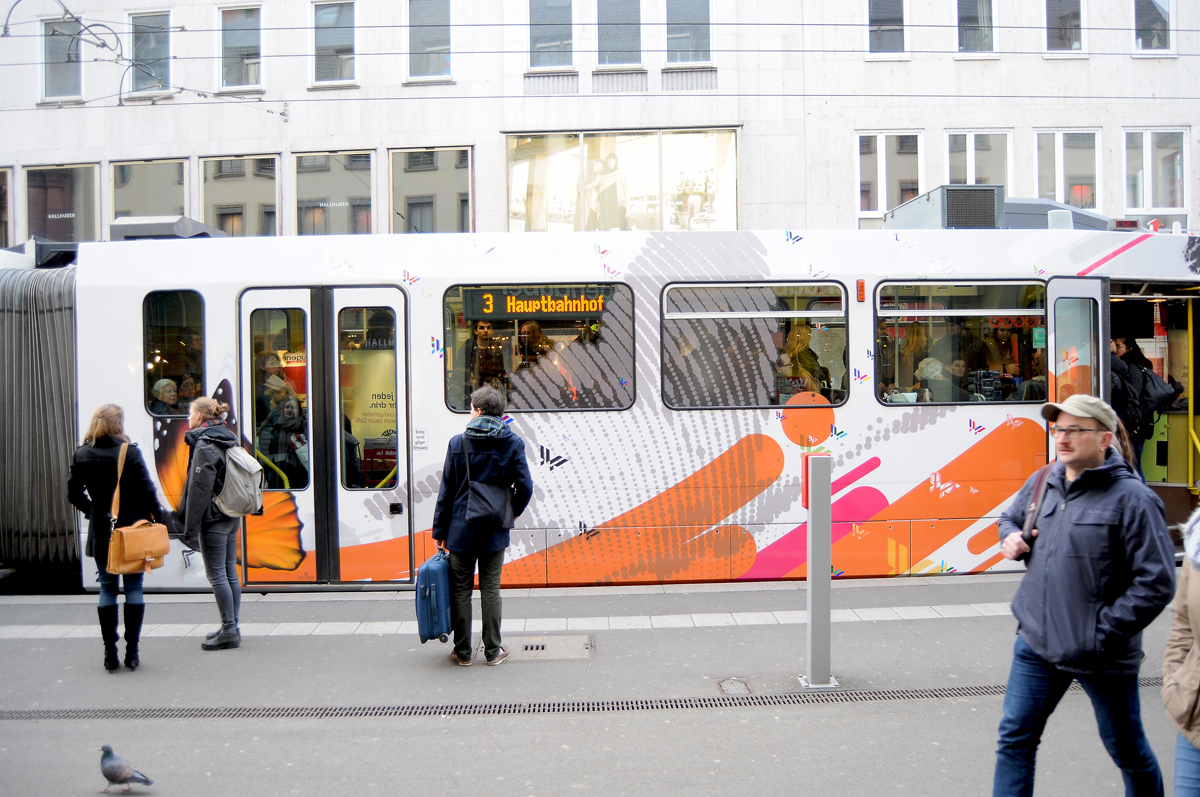 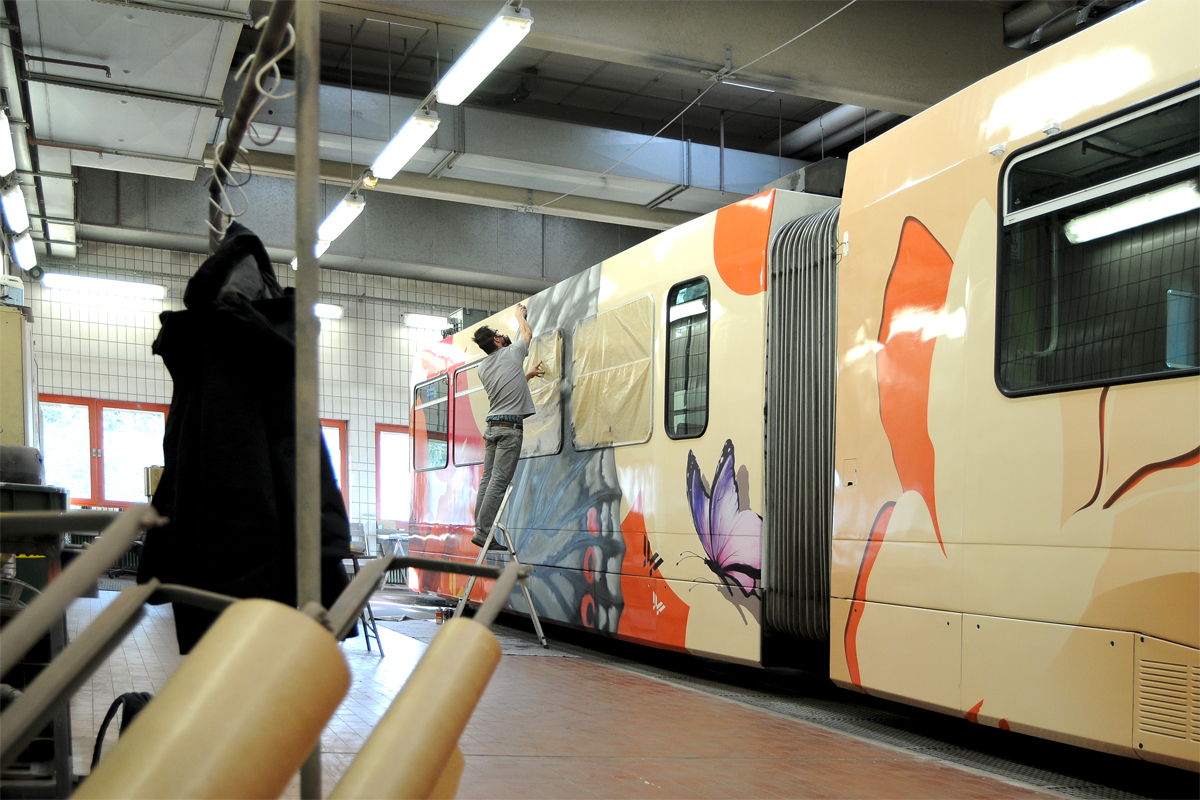 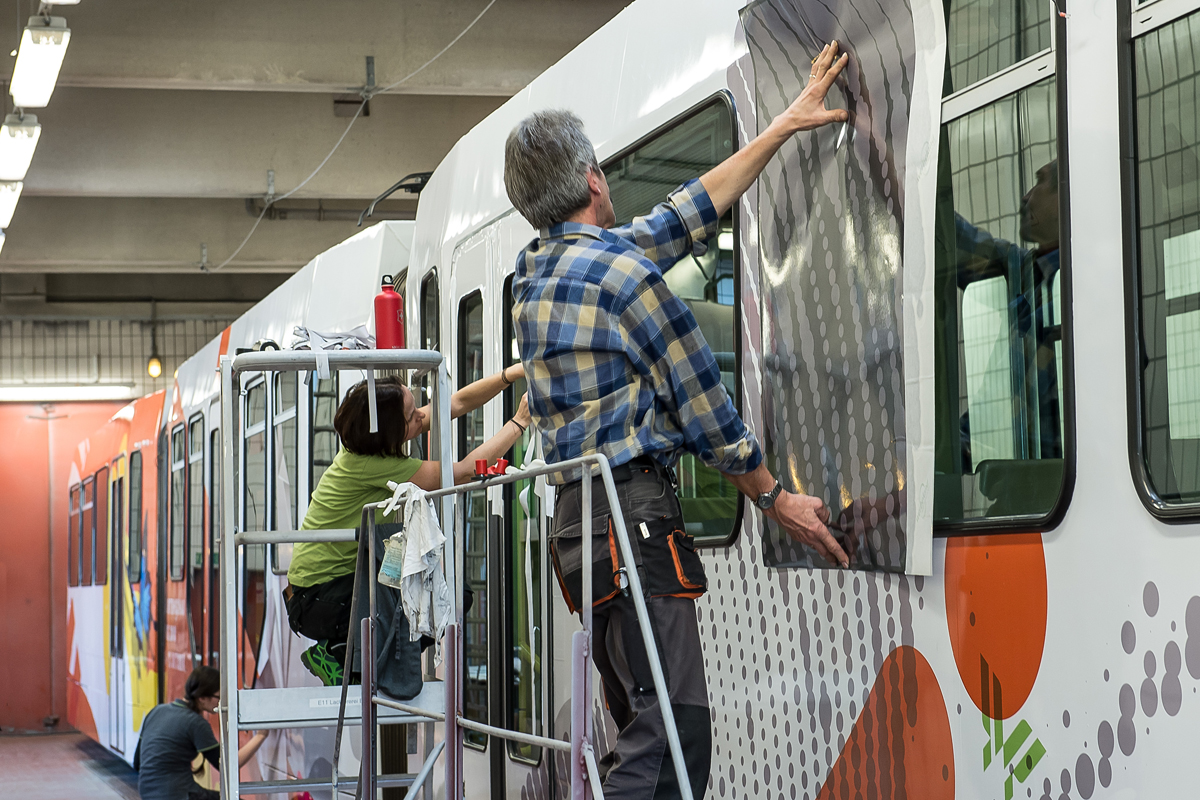 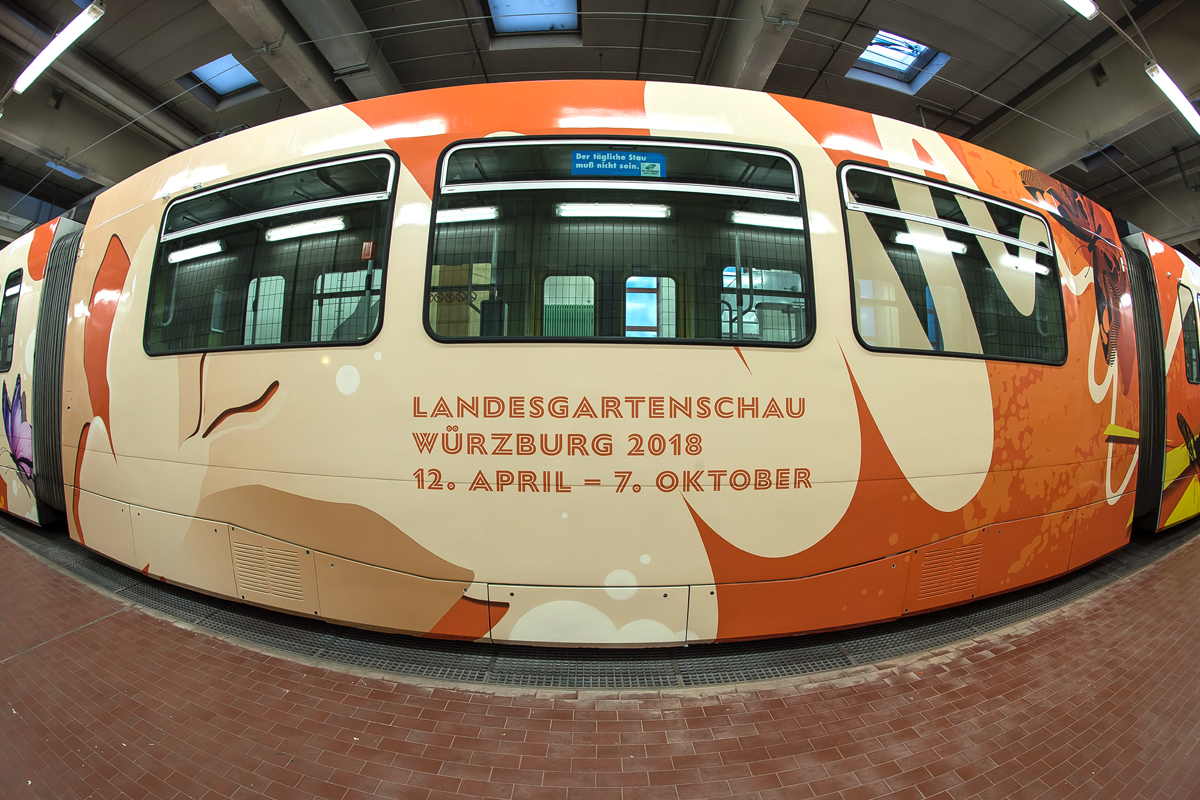 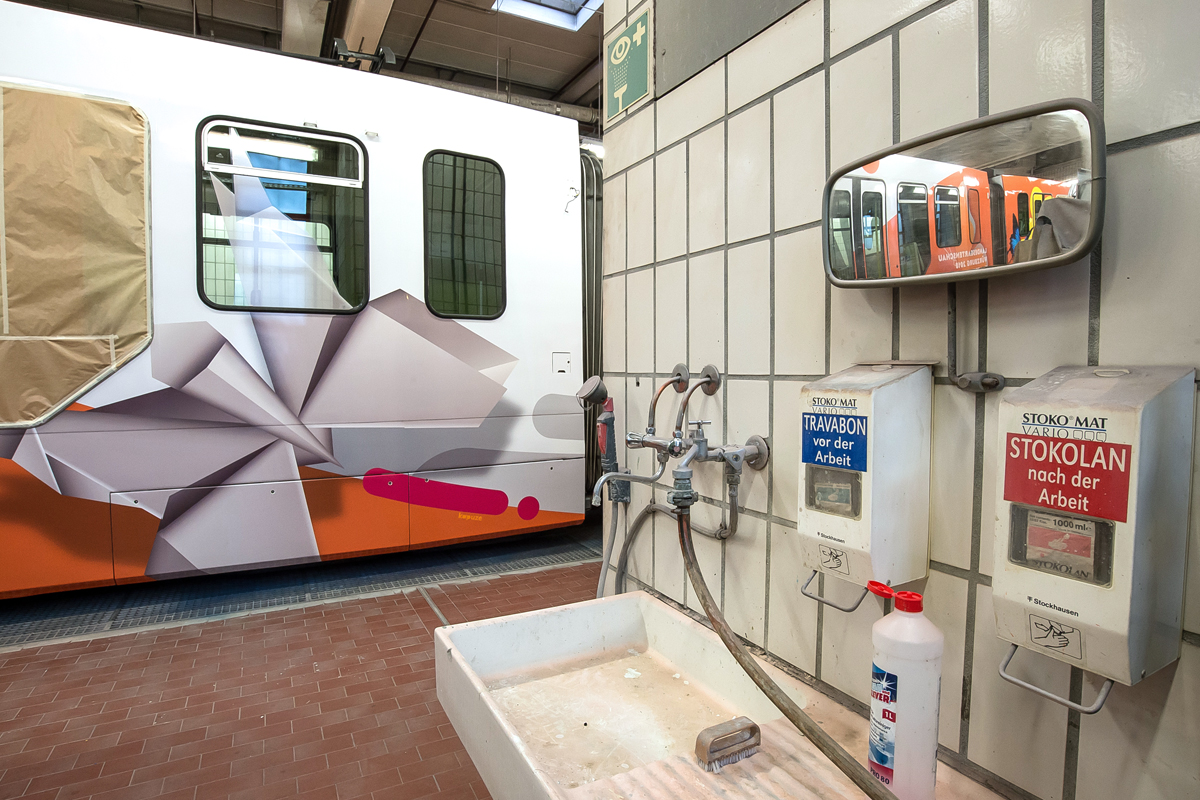 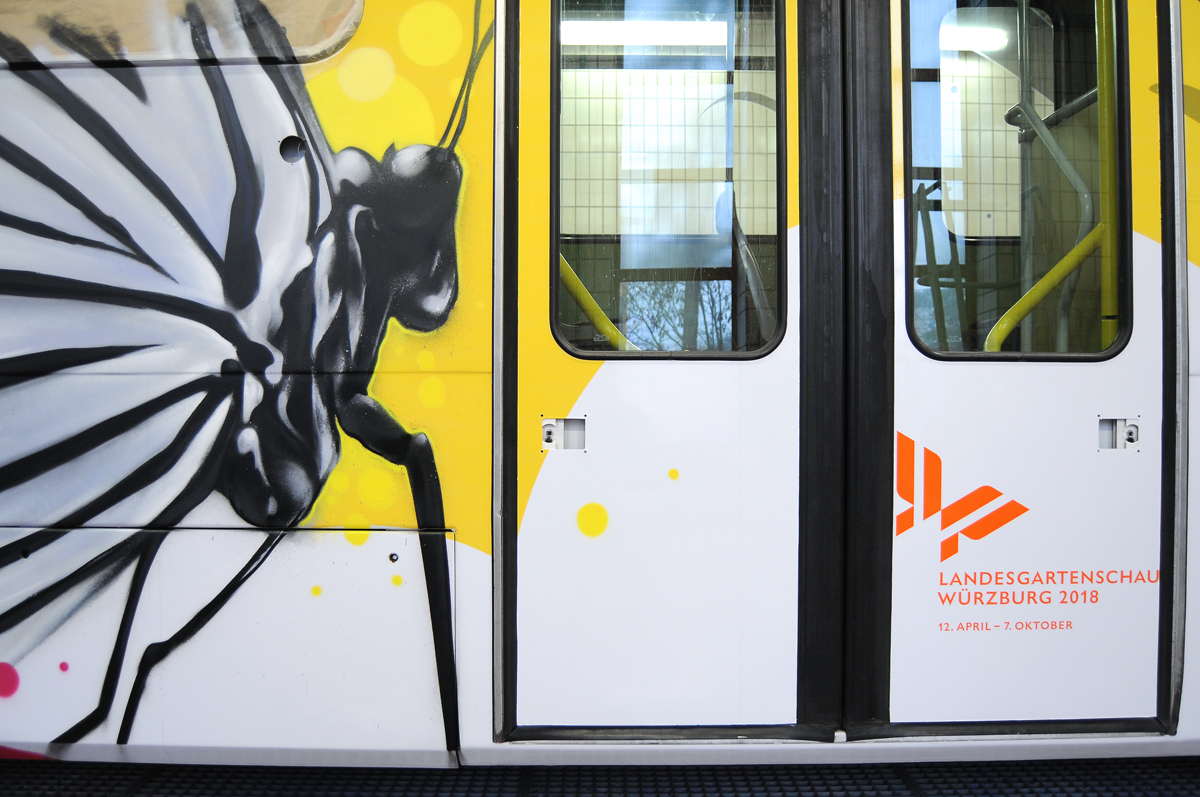 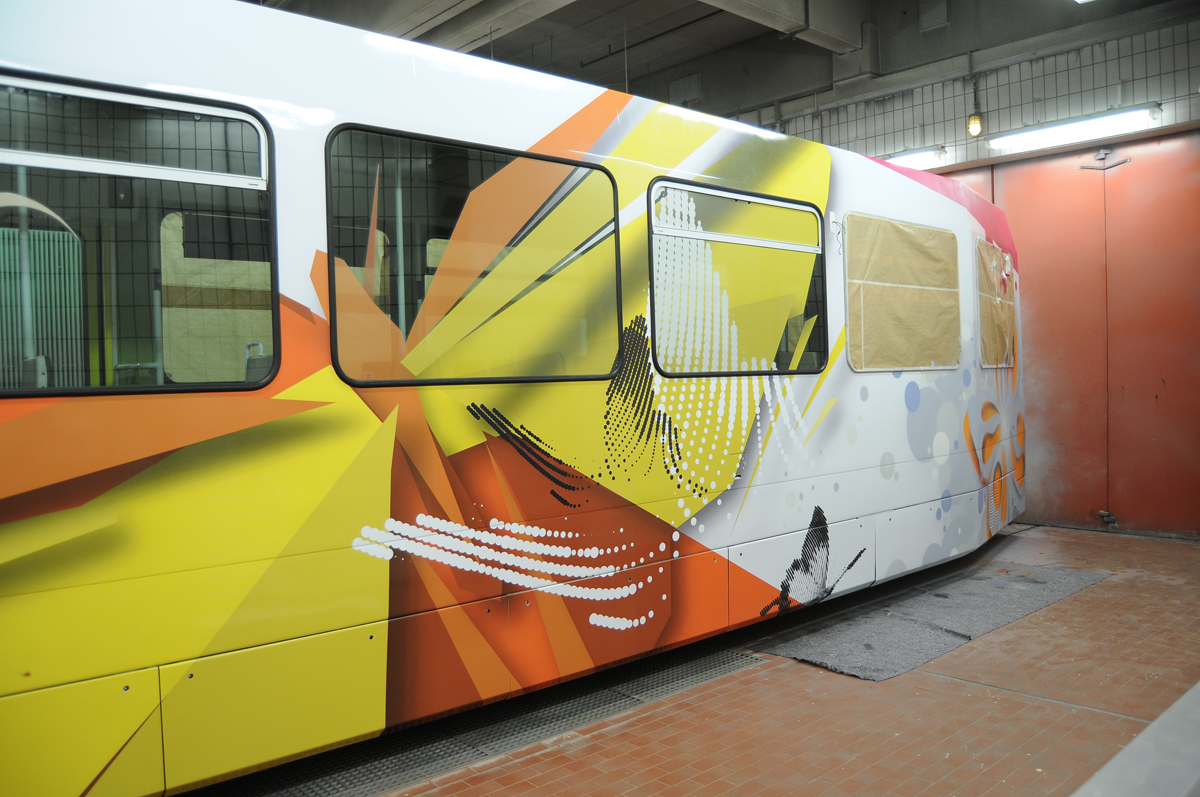 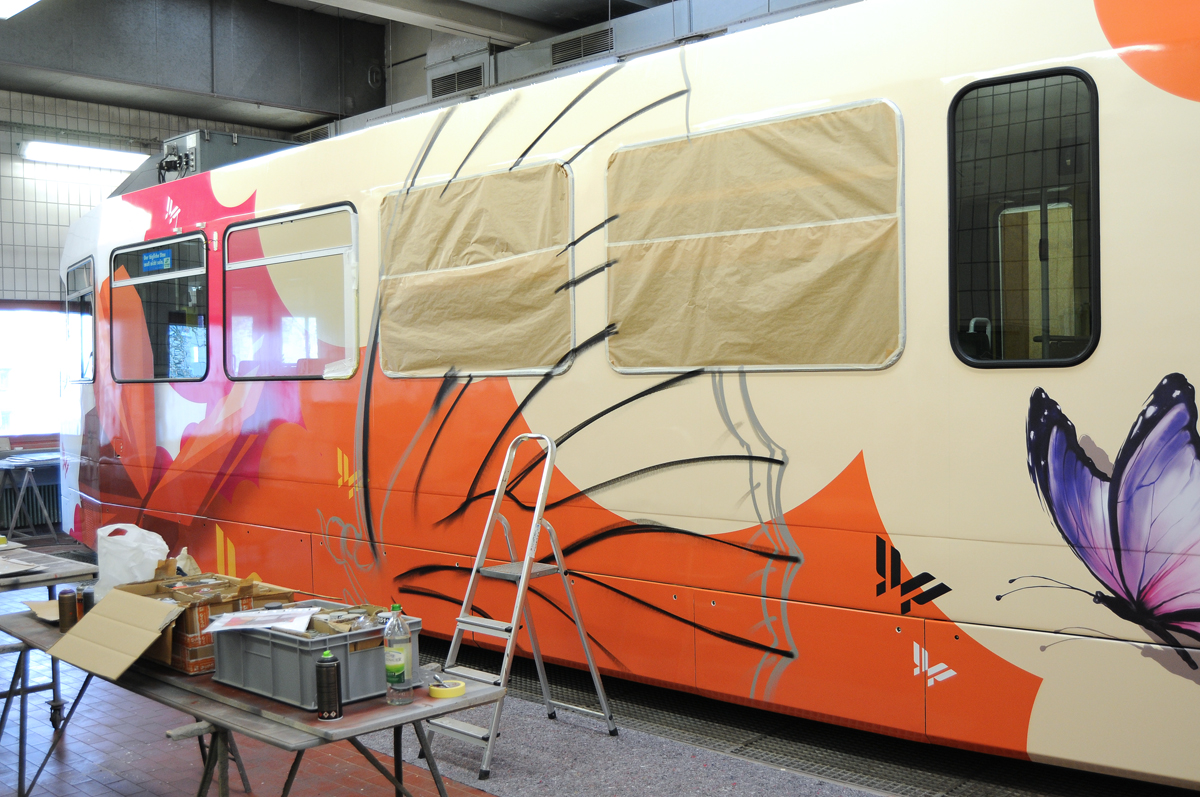 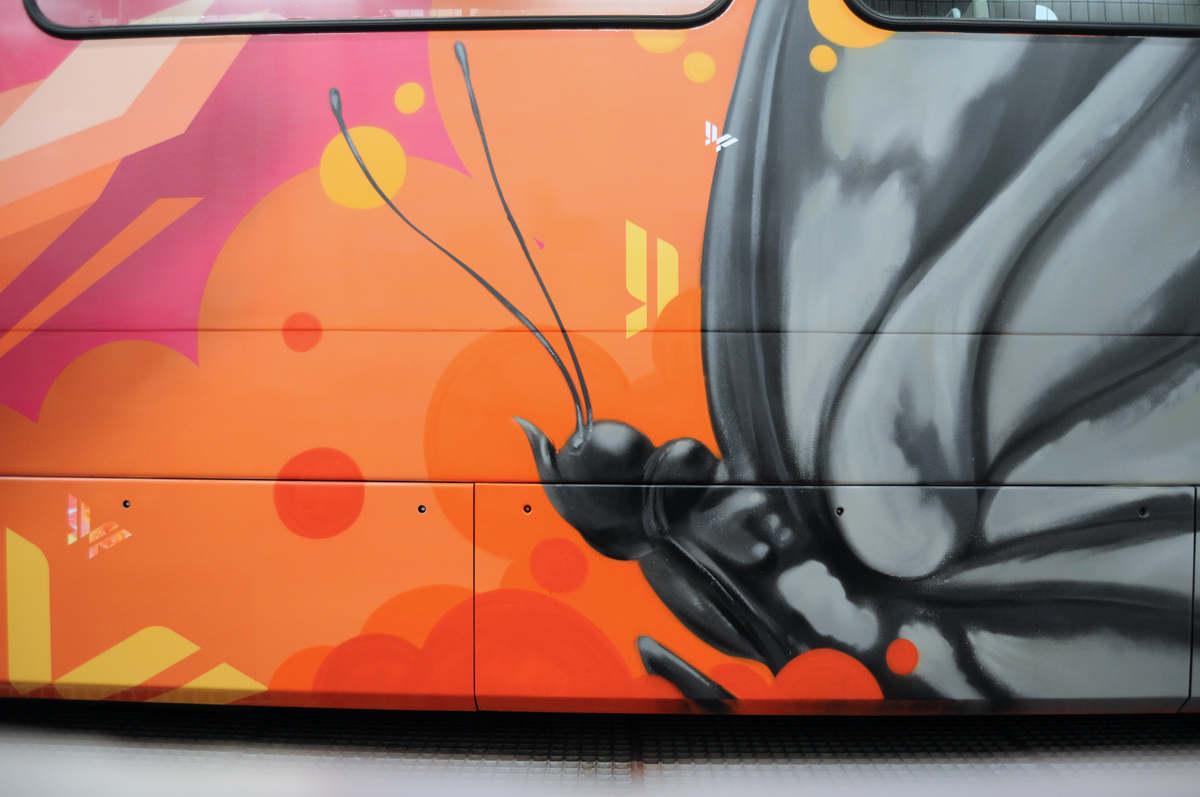 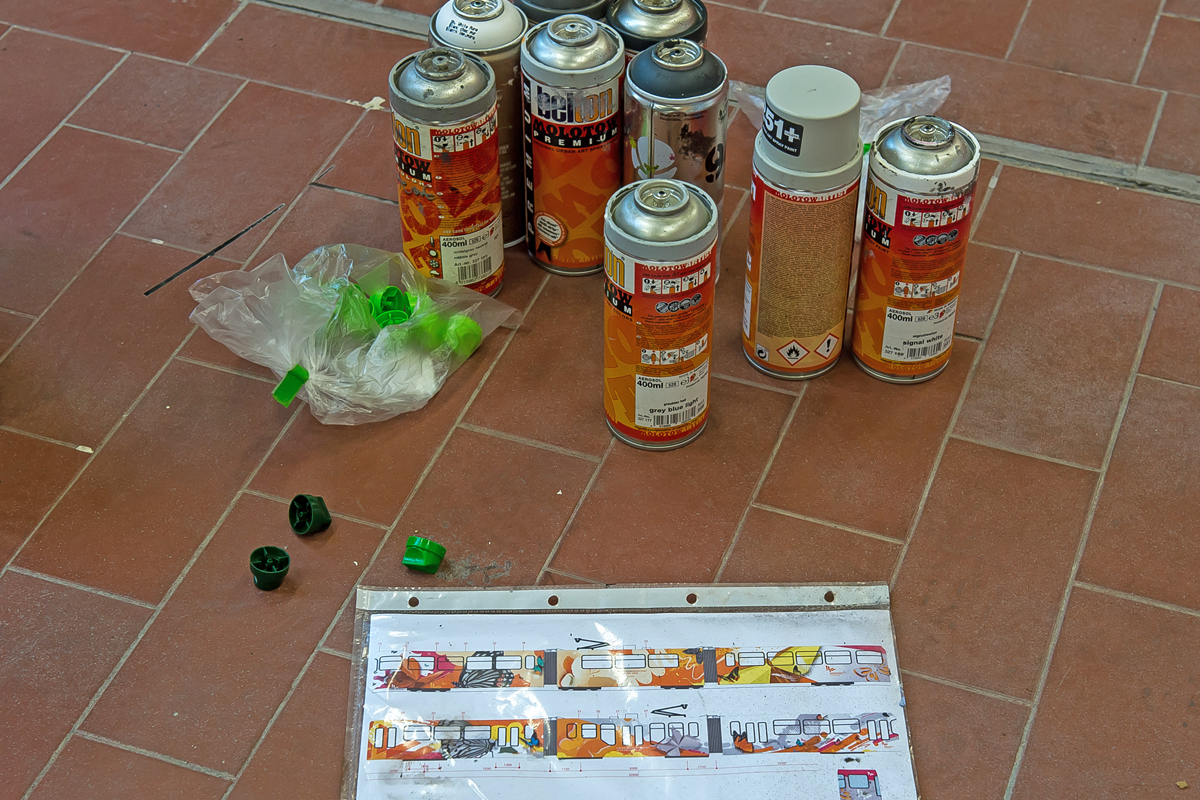 Starting on 12th of april till 7th of october 2018 city of Würzburg is home of the so-called Landesgartenschau. That longtime event is located at Würburg’s Hubland, which is going to be a completely new borough with a huge park, a diversity of dwelling forms, central institutions and social infrastructure – just a few years ago it was only known for its big barracks run by american military.
To promote the event, since january 2017 a tram is used as communication medium as well, which is designed/painted by Kapuze all over. Based on the logo/key visual “butterfly” and corporate color system Kapuze developed a diversified potpourri out of various styles and techniques. Characteristic are aerosol-painted elements, which are spread over both sides of the tram and build up an exciting mix together with the digital generated parts of the design. To keep up the event’s inherent participative idea, a big amount of (logo-) butterflies were pasted finally, which were colored by kids from kitas and schools. The corporate design for Landesgartenschau 2018 was made by Frankfurt-based designer Siri Poarangan.